Which do you paint first, the walls or the trim?

I'm getting ready to paint a room, and have been looking at online guides to painting, from DIY blogs to paint company how-tos (not as well written as the blogs).

They boil down to about the same thing, except on one burning issue: Which do you paint second (after the ceiling): the walls, or the trim? There seem to be strong arguments for each approach.

Anyone want to weigh in on this, and explain your rationale? I'm all ears, for the moment. In a week or two, I'm sure I'll be all paint and not nearly as receptive to advice.
Posted by The Mysterious Traveler at 5:21 PM 1 comment: Links to this post 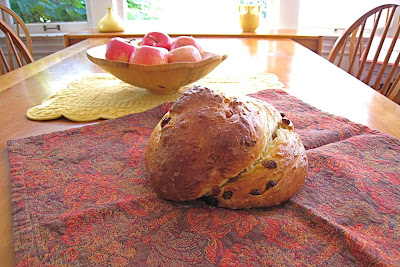 Posted by The Mysterious Traveler at 4:39 PM No comments: Links to this post 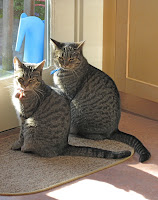 Kaylee, the small tabby, failed to wake me up at 5:30 this morning. I woke up a little before 8 and saw her curled up in the "meatloaf" pose (paws tucked under chest) at the foot of the bed. I realized that she'd seen the rain and had decided that "outdoors" is no longer the wonderful place it has been most of the summer.
Fall is here, and even the cat knows it.
(picture of Kaylee and large sister Zoe in sunnier times)
Posted by The Mysterious Traveler at 9:00 AM No comments: Links to this post

Not enough hours in the day

Instead, I write emails trying to head various well-meaning advisors off at the pass, post to groups about conferences we're planning, send notes to colleagues about errors and omissions on their websites, and exchange emails with clients about the priorities and pricing of various pieces of work we have underway. Tonight I edited an article for a friend (with a 13-pound cat sleeping on my left wrist).

Tomorrow everything I write will be billable. I swear. And cat-free.
Posted by The Mysterious Traveler at 12:19 AM No comments: Links to this post

I used to get stress- and/or sinus-related migraines all the time. Now I get them about four times a year. As a result, I now tend to forget how to recognize them in the early stages.

Last night I was extremely tired at the poker game...so tired that I took at nap on the host's very comfy couch with Tasha the cat. I drove home, bleary and yawning, and went to bed. When I woke up this morning still exhausted, with a splitting headache, chills, and nausea, I realized that the migraine had been starting last night and I'd somehow managed to sleep though it as it advanced to a pretty awful degree. (I usually manage to stop the progression before it gets that bad.)

So I started the day in a hot bath, trying to nibble enough rice that I'd be able to keep down two Tylenol Sinus pills that would start me on the route to recovery. Once the bath had stopped the chills, and I'd taken the Tylenol, I went to bed for five hours, sleeping the semi-hallucinatory sleep I get with a migraine. By 3 p.m., the headache had receded, leaving me hungry and shaky, and rather annoyed because I was still too light-sensitive and tired to go to a friend's birthday kayaking party, which I'd been looking forward to all week. And I had to turn down an invitation for a photography outing at the Puyallup Fair.

But after some protein (my standing post-migraine meal) I put on a hat, went out in the garden, and began slowly to work at gardening tasks, which turned out to be quite restorative. Kaylee, our little striped cat, had guarded me all during the migraine attack, and all three cats came out to join me in the garden as I pruned the overgrowth and staked a few dahlias. Later Zorg and I made a quick run up to Home Depot so I could pick up a gas grill on end-of-season sale to replace the old grill that's slowing losing it.

Now it's 10 p.m. and I'm finally tackling the organizational tasks that had been slated for the morning. I'm going to try to get to bed before midnight and get back onto a normal sleep cycle so I can get to a NIA dance class in the morning.
Posted by The Mysterious Traveler at 10:00 PM No comments: Links to this post 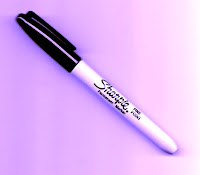 A few weeks ago I bought an HP Officejet J5780 All-in-One (copier, printer, scanner, and fax) primarily to photocopy 13 years worth of tax returns.

The convenience of a decent little in-house photocopier cannot be overstated!

It was easy to then hook it up to my Mac as a printer (though the printing performance lags behind the speed and photo quality of the Businessjet 1200 I'd been using).

But things went downhill rapidly when I tried to set up the scan function. The software disk that came with the J5780 refused to install the software (it got into a loop that kept asking me to agreed to install some "customer updates" software). Then, the software I found on the HP site (after some really annoying searching) and downloaded, also had a nasty little loop and wouldn't install.

I spent a few days monkeying with this, and getting increasing steamed. Finally I Googled the problem and found a long discussion about similar frustrations at MacRumors, ending with a link to a page on the HP site with some universal software for HPs that, when downloaded installed, solved the scanning problem. The J5780 turns out to be quite a nice scanner, too.

I'm astonished to find that I'm using the copier on a daily basis. Now I need to splurge and pick up a second printer cable so I can have both printers hooked up at the same time. Oooh!
Posted by The Mysterious Traveler at 7:21 PM 1 comment: Links to this post