Some of you heard a few days ago that Zorg and I are divorcing. There are no dramatic events that precipitated this, and I'm not talking about the details except to say that I am the instigator. Yes, we have talked with a counselor.

As I understand it, a collaborative divorce uses an open process to reach a legal agreement that meets both partners needs and priorities. It's nothing like an adversarial court proceeding. In fact, if collaboration fails, you'd have to find completely different attorneys to file in court -- the collaborative attorneys don't do that.

We're optimistic about this process and hope to remain friendly through it and afterwards.
Posted by The Mysterious Traveler at 7:35 AM 2 comments: 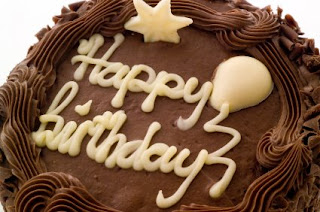 This morning I called my mom and she said that now all the fuss (cards, flowers, candy, and phone calls from friends back East) is over, she is feeling a little bit down. After all, what do you celebrate after 90?

A good question, and not one you can field with a trite answer.

I told her that I had a bit of the same problem when I left Apple. When I worked at Apple, that was pretty much my identity -- a short label that everyone recognized and found impressive. I knew that the day after I left Apple I'd be just another freelance writer.

And, yet, it turned out better than that. The cache of having been at Apple stuck with me, and has been very helpful in getting contract work. In the same way, having made it to 90 will now be an achievement that follows her.

My mom is an unusual 90, because she doesn't look it, and certainly doesn't act it. Or sound it. She called her doctor's office the other day to make an appointment for her annual checkup and the woman on the phone, trying to find the chart for yet another Anderson, asked for the year she was born. My mom said "1918" and the woman yelped "What?!!!"
Posted by The Mysterious Traveler at 9:59 PM No comments:

Who isn't thinking about money these days?

If you are a serious investor with cash reserves this will eventually be a time to pick up some bargains, but those may very well be long-term investments that could take three or four years to realize.

Meanwhile, I've pretty much cut expenditures to fixing things that are broken and maintaining services essential to health and business. I just downgraded my membership in a business organization that has delusions of usefulness, and I'm letting some subscriptions lapse.

I was amused to see that the Wall Street Journal has sent out to their longtime subscribers a "special renewal price" offer of $349 a year or $499 for two years. While all over their website is an "introductory" price of $99 a year.

So, if someone lets their subscription lapse for a week and signs up anew, they save $249 a year? The mind boggles.
Posted by The Mysterious Traveler at 9:20 AM No comments:

Today was my first day on the road with it, and I was alarmed to find myself sharing the highway with some of the craziest drivers on the planet.

Like the car that suddenly appeared in front of me on Aurora, sideways, and blocking two lanes of fast-moving traffic. I slammed on the brakes. The woman had apparently overshot the turn for a strip-mall shopping center, so, instead of circling the block, she decided to stop, back up, and then drive the wrong way down Aurora to get back to the store.

Monday also appears to be "take your big industrial truck to Ballard" day. Every third vehicle seemed to be a garbage truck, recycling truck or a tree-removal truck. Once they're on the road, and a bus stops behind them, you might as well just calm down and park.
Posted by The Mysterious Traveler at 10:39 PM No comments:

Zorg is packing his gear for the Seattle-to-Portland two-day bike ride this weekend. I'll be driving down to Portland Sunday morning to pick him up at the finish. There are 9000 riders, but he'll have his cell phone so we should eventually find each other.

I just put a deposit on a 2008 Honda Fit (Sport, automatic) that I'll pick up Monday...I just couldn't wait for the 2009s (now moved out to October 2008) and the prices on the Fits just came down as a result of the slowing economy. It will be wonderful to have a car again, especially a fuel-efficient one.

Tonight I'm going to see Eddie Izzard at the Paramount, and tomorrow night it's SummerMash.
Posted by The Mysterious Traveler at 4:36 PM No comments:

I wandered out to the curb with some cardboard boxes for recyling and was nearly bowled over by a brindle pit bull. According to a neighbor, she'd been galloping up and down our street for more than an hour. No collar.

I let her into the garage, gave her a bowl of water, and called the animal shelter. Turns out the shelter is closed for intake until noon on Monday, and didn't think they could schedule a pickup. I let the pit bull back out, which, unfortunately, was when it saw Sheba, our deaf white cat.

Sheba does not run from dogs, and usually this scares the dogs off. But it did not deter the pit bull, which was right on Sheba before she realized it was time to move, and fast. She and the pit bull vanished into the neighbor's garden shed. Seconds later, Sheba exploded out of the eaves, leaving the pit bull crashing around in the stored equipment.

I capture the pit bull, got it back in the garage, and called the pound again. They said I could get a possible pickup in the afternoon. I cancelled all my work appointments and went out to find Sheba, who was on a neighbor's roof looking upset.

Figuring I could drive the pit bull to the shelter at noon, I went down the street to the home of a reclusive neighbor woman who has two pit bulls. I eventually got her to come to the door, and, sure enough, she had a harness and a leash to loan me. Back home, I coaxed Sheba off the roof and took her upstairs. Then I went down to the garage, where the pit bull was banging around, slipped in, and was relieved to find that it stepped right into the harness. My plan was to take it for a walk, then put it in the car and go to the pound and wait for them to open.

We walked up the alley, turned onto 32nd Ave. NW, and an SUV pulled up with a woman who jumped out and said "That's my dog."

Turns out she'd called the pound, but they hadn't made the connection between her lost pit bull and my found pit bull.

I lectured her fairly sternly about the cat incident; she apologized, I returned the dog, and they drove off. Back at home, I noticed Sheba had a cut on her forehead, so I took her to vet. It was a minor injury -- not from the pit bull, but from the acrobatics involved in her escape. The vet shaved some hair, so now Sheba looks like a unicorn that had its horn removed.

My day was pretty much in shambles; I made it to our accountant's, but missed yoga class when an elderly woman fainted in the parking lot next to my car and I took care of her while her husband went off and got their car to transport her to the nearby emergency room.

Enough new stuff came in today that I didn't deal with all the stuff that got cancelled yesterday, so now I'm dealing with phone calls and emails from people who are probably getting somewhat irate. I did, however, get to belly dance class this evening and now I feel much less worried about the irate people. If you're one of them, my apologies.
Posted by The Mysterious Traveler at 10:33 PM 1 comment:

Odd to have a Friday holiday.

Zorg mowed the lawn; I trimmed plants, cleaned my office closet, ran some errands, and made chocolate-dipped cherries for a 4th of July party in Fremont. At the party, there was much grim conversation about the political climate and the economy. Several people felt that McCain's new staff is part of his alignment with the sector of the Republican party that was involved in the voting-machine rigging in Ohio and Florida in 2004.

Walked part of the way home, and then Zorg picked me up on the Fremont/Ballard border. We checked on our vacationing neighbors' cats and mice -- no fish this time. The cats, which get kibble as a rule, look forward to our visits because we bring small offerings of wet food.

Both of us remarked on how much quieter this Fourth seems than previous ones. Is it the economy?

The thunderstorms last night took care of watering the garden for a few days -- that's a real holiday for me.
Posted by The Mysterious Traveler at 10:59 PM No comments:

Cats out for summer

Warm weather arrives, and the cats respond to the call of the wild.

Our neighbor's cat, Bee, spent five days trapped on someone's balcony until the woman across the street asked about the "new cat" and the homeowners noticed her. (You have to wonder if they were hard of hearing.)

Our big tabby, Zoe, has gotten trapped twice in the past few days. The first time, I opened the attic door to reach inside for a straw hat; Zoe slipped in, and spent the next few hours in the hot attic until I heard her yowling.

She failed utterly to learn her lesson. This morning I went into the garden shed for a pair of clippers. Zoe slipped in, and then spent the entire day in the shed. I noticed her missing this afternoon, called her name, and heard yowling again. When I opened the door, she shot out and dashed across the lawn, stopping on the patio to give me a hurt look.

Now I've resolved to conduct a "whisker count" every few hours to make sure I know where all three cats are.

It could certainly be worse. John Hedtke reports on the adventures of their cat Silas, which began with a tumble from a second floor balcony. John and his wife captured the injured cat and put him into a cardboard carrier, which promptly opened from the bottom, dumping the now-berserk cat onto the floor. And that was only the beginning...
Posted by The Mysterious Traveler at 9:08 PM No comments: