What do you mean, the furnace stopped working? 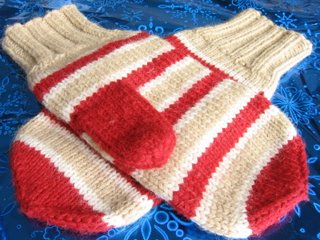 I wasn't going to blog about the ice and cold weather and all the little signs that make me flash back to my years in New England: slow gas burners, faucets left dripping so the pipes won't freeze, drafty windows, frozen garden fountains, and layers and layers of clothes.

But this morning Zorg woke me with the news that our oil furnace was no longer responding to the thermostat controls.

He left for work, and I opened negotiations with the oil company (we have a service contract). I got off to a bad start when the woman asked how they were going to get into the house. "Through the garage" was not the answer she was looking for -- it turned out she was asking me what number they should call to have someone let them into the house. "Oh," I said. "This number; I'll be at the house all day."

"We ask because MOST people work," she sneered.

"Well, I work in a home office," I snapped back. "And the temperature in it is 51 degrees at the moment." (Was this a ploy to get me to warm up? It worked.)

Things didn't improve when I asked her if our $200 service contract with the company put us at the top of the list for repairs. No, she said, the service people work by neighborhood.

She tried to persuade me to dismantle two sections of the furnace so I could push the re-set button. I pointed out that if I did that, we wouldn't know why the furnace (new, and recently tuned up) had quit. I declined, pointing out that, once re-set, it would likely just quit again and I'd have to call her back and get back in the queue for repairs -- just much further back in the line.

I took a hot shower, dressed in many layers of clothes, made hot tea and oatmeal, and put some veggies to roast in the oven to get the kitchen warm. Fortunately, my office has a space heater and I barricaded myself in there to await the repair person.

A much nicer woman called me an hour later to say the service truck would arrive before noon. The electrician they sent was a delightful fellow in his mid-70s who has been working in the heating industry for more than 50 years. He's retired, but comes back on during winter emergencies.

"Not good," he said. It turned out there was a clogged oil nozzle (our model of furnance has a particularly narrow and fussy one, he said). He replaced it and started up the burner -- which promptly released a cloud of smoky oil into the den. Argggh.

In a few minutes, the burner was running cleanly again, and the repairman set about putting all the panels back together. I noticed a frayed place on the cord of his work light, and asked if I could wrap it with some electrical tape. He laughed and agreed. He asked about a couple of my elderly neighbors (gone now) whose furnaces he'd worked on in the past. And he told me about the winter of 1951, when he was at Lincoln High School, and his friends had driven their cars on the ice on Green Lake.

I signed a receipt, and he headed off to his next emergency. The heat's back on and the veggies are roasted. OK, enough of that. I'm ready for summer.
Posted by The Mysterious Traveler at 11:43 AM