Meanwhile, in a penny-ante version of the San Francisco highway collapse, the south end of the University Bridge has apparently been endangered by a water main break that led to a sinkhole that swallowed up two parked cars. Can you imagine heading back to your car after work and finding it...15 feet underground? 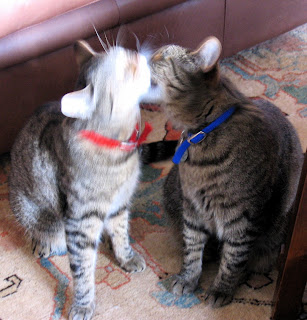 I wanted to note that this week is the kittens' birthday. They are three. Of course, it's not possible to "celebrate" their birthday in any way that would be significant to them because they already get everything they want.
Posted by The Mysterious Traveler at 3:30 PM